There’s an annual event in Burbank called “Monsterpalooza,” a convention for people associated with horror movies. Actors come to sell signed photos, makeup and special effects artists network and demonstrate their scare skills and there’s even a museum dedicated to the craft of monster creation. The halls are teeming with thousands of fans, mingling with dozens of fabulously costumed monsters.

I had lead roles in one horror classic (“Suspiria”) and in a sorta-horror cult movie, a rock-and roll redo of “Phantom of the Opera” titled “Phantom of the Paradise.” So I have been invited to attend such events before but have always declined. But this time, I had a brain flash: I would do it to raise some quick bucks for PXE International, my favorite non-profit group. I went to the Burbank Marriott on that Saturday morning with a bit of trepidation. I mean, who knows what might happen in a building packed with horror fans? (Not to mention monsters, who are not known for their social skills. ) The event had great potential for turning gnarly.

I had a rep, Carol, who meticulously set up my table, arranging a variety of photos of me in various damsel-in-distress poses,. At the next table was Caroline Munro, a gorgeously fify-something actress who appeared in horror flicks but is best known as a Bond girl. (Think Roger Moore.) Carol explained that Caroline would sell hundreds of pictures based on that pedigree alone, her buyers being mostly middle-aged men with lingering crushes.

On my other side was Chris Sarandon, and beyond him many tables dedicated to the cast of “Fright Night.” Jon Landis was selling a new book (“Monsters”) and other actors and directors sat at tables beyond him. And the fans poured in.

99% of them wore logo-printed tee shirts, usually black ones. This seemed to be the uniform of the day. Many of them bought photos, but many brought other things for me to sign—DVD jackets, original soundtrack LP covers and random posters. Some brought gifts: a painting of a scene from “Phantom,” a plastic replica of the mask the phantom wears in the movie, and a beer glass with the phantom’s masked face etched on it.

The fans ranged in age from five years old to seventy-something, and they were, without exception, gracious and respectful. Each one expressed interest when I handed them a PXE postcard and helped them pronounce pseudoxanthoma. All were touched and pleased that their money was going to charity.

It’s always reassuring to be reminded that one can, even in the most unusual settings, depend on the kindness of strangers.

Other highlights of Monsterpaloza: 1. Meeting Boris Karloff’s daughter. 2. Having my picture taken with the most fabulous monsters I have met, well, ever. 3. Watching a makeup artist transform an ordinary fanboy into Schreck. 4. Going home Sunday feeling like Scrooge McDuck carrying a bulging sack with a $ sign on it.

Next time I do this, I think I’ll try selling a picture of myself with my head photo-shopped on a scantily clad, Bond-quality body. I’d certainly double my take.

P.S. Please also see my post on William Finley, my co-star in “Phantom,” who passed away last month. 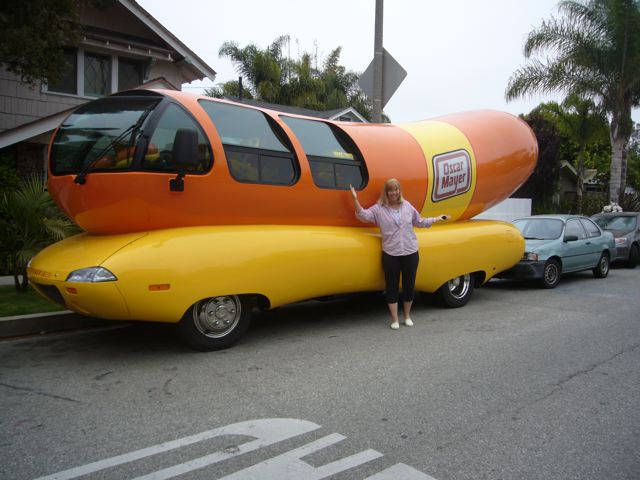