It can be argued that there are positive things about empty nesting, but one thing in the negative column is that, when the kids leave home, they take with them many of your favorite holidays.

My little girls and I used to spend a full week prepping for Valentine’s Day. We’d buy dozens of drugstore cards with rhymey, lovey messages, to distribute to their classmates. The kids assigned the cards painstakingly, careful to avoid giving those with mushier sentiments (e.g. “For you I pine, for you I balsam”) to boys.

They brought home lacey, sequiny school craft projects. We baked heart-shaped cookies. And on the day, the girls would select clothing from the (substantial) pink and red section of their closet. I’d put on my heart-shaped earrings and drive them to school, with the excitement and chatter in the car at a holiday high.

Tom and I still acknowledge Valentines Day—he gives me flowers and I give him chocolate. But how I miss that pre-holiday activity, as well as the aftermath, when the kids, all sugar-buzzed, sorted through the bag of cards they’d received.

In Los Angeles, St. Patrick’s Day is not as raucous it is in New York, with their in-your-face parade and people cheerfully vomiting in the gutters. Here, the holiday might have slipped by uncelebrated had it not been for the presence of leprechauns in our house.

According to our children, if you didn’t wear green that day, you could suffer a punitive pinch from a leprechaun. I have never had much green going on in my closet, and I probably never will unless somebody declares it the new black. I did own a Kelly green Beatles t-shirt, which I invariably forgot to wear until I was reminded by a few fierce butt-pinches.

I shamelessly used this holiday to encourage the kids to eat green food. Claiming it would give them internal protection from the leprechauns’ mischief, I offered them green eggs and ham and pea soup for dinner. Eyeing the food with disgust, the girls told me the pinching had ended at sundown and they’d prefer to select from their usual menu of white food, thank you very much.

Since the girls left home, the leprechauns have apparently lost interest in us. Still, I sometimes wear a ring with a green gemstone and eat some arugula, just in case.

On the Fourth of July, we’d often get uber-American and go to a sporting event, like a baseball game, with fireworks after. I admit I may have spent four innings reading The New York Times, but as boring as I found our country’s favorite pastime, there was nothing so sweet as beholding the girls’ awestruck faces lit by fireworks.

This year, the only fireworks were those that occurred when Tom and I had a lively discussion about his reluctance to clean the grill.

But the holiday I most mourn the passing of is Halloween.

It was all about the costumes, from the witch and ghost phase of the early years, to the princess variations that followed. Closer to adolescence they got wicked. Nora’s low-cut angel outfit was detailed with body piercings and tattoos while Elizabeth’s devil had red fishnet tights and a wig like Julia Roberts wore in Pretty Woman. The following year, Elizabeth dressed as the ultimate hooker, Holly Golightly from Breakfast At Tiffany’s, but the costume bombed—none of her classmates knew who she was.

I was mentally reviewing their costume history recently, when I was alone in our apartment in New York on Halloween, recalling how I had loved helping the kids procure all those costumes, then walking them from door to door, helping them identify and discard treats that were raisin-related.

Loud knocking snapped me out of my reverie. I opened the door to find a young girl dressed as Holly Golightly, precisely as Elizabeth had been all those years ago, right down to the tiara. I gasped and gushed about the coincidence. The kid and her mom (perhaps thrown by my excitement level) grabbed their lollipops and beat it, leaving me to retreat into the apartment with the ghosts of Halloweens past. (I have written more about that here.)

Thanksgivings in our family have been fractured in recent years because Tom and I have needed to attend to our elderly parents in two different cities. That gathering will be restored one day. It’ll be sadly diminished in size as we lose our elders, but it’s certain to expand again in years to come.

Meanwhile, one holiday remains intact: Christmas. That day it’s just the four of us. With its once-a-year cinnamon roll, personalized stockings hung, mass destruction of wrapping paper and a soundtrack provided by the Barenaked Holidays CD, it is as it has always been.
Its days re numbered, of course. Soon the girls will have their own cozy Christmas mornings with their own families. But for now, Christmas is a wonderful thing. It’s coming up soon, and I intend to deck the halls. 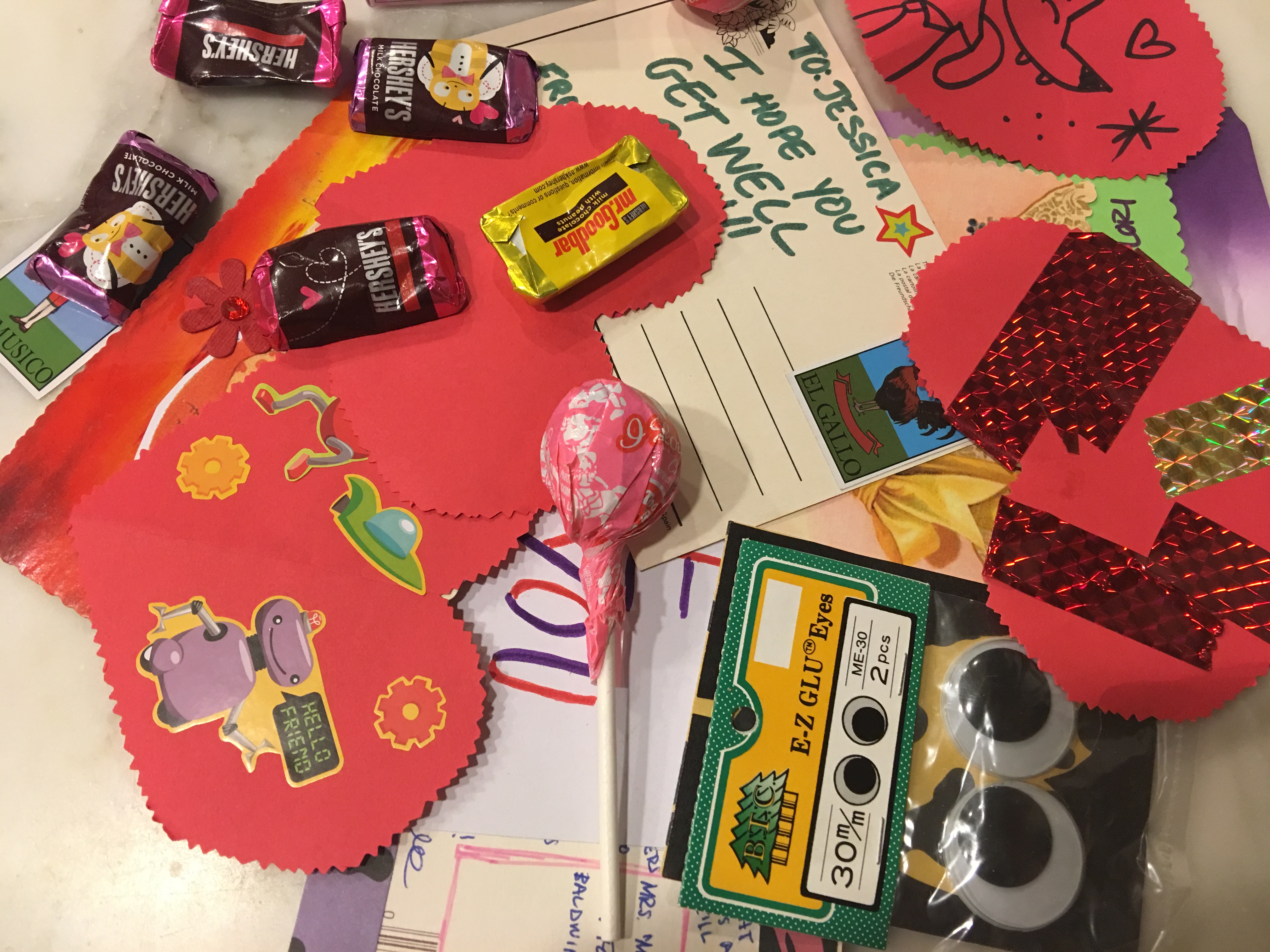