I do not have a green thumb. On my watch, plants usually perish rather than prosper. But I am newly motivated to hone my gardening skills, after hearing about Snoop Dogg and the 85-pound rutabaga.

The story takes us to Cardiff, where a Welsh farmer, Ian Neale, grew the largest rutabaga in histoy. The gnaraly looking vegetable (also known as a swede) weighed in at 38.92 kilos. Typically, achievements like Neale’s are noticed only by a handful of gardener geeks. But this vegetable caught the attention of Snoop Dogg.

Turns out Snoop grows things too. If you check out this video of him reaching out to Neale, , you’ll see his impressive crop in the background. (I’m not sure what it is, but it looks a lot like something my stoner cousin grows in his backyard in Berkeley.) While Snoop’s plants look plenty robust, he apparently seeks to grow them to “Jack And The Beanstalk” proportions. When he got wind of Neale’s uber-swede, he invited the farmer to come to his show in Cardiff, and then backstage to swap growing tips.

Neale declined at first, but then accepted, and got the VIP treatment after the show. He had a ten minute audience and a smoke with Snoop—no tobacco was involved—and told him to use a product called Root Grow.

While Neale says he “would not pay” to see Snoop Dogg in concert again, he’d happily accept a free ticket (and, presumably, another sample of Snoop’s crop).

I guess it’s too late in the season to attempt to grow a zucchini the size of a dachshund or a tomato as big as my head, but I’m posting the picture you see here (taken some years ago) in hopes that Snoop will mistake me for a gardener extraordinaire and invite me backstage too. (Between you and me, I may or may not have grown the pumpkin, but I did raise the kids, sans Root Grow.)

P.S. Here’s a recipe for rutabagas. By my estimation, Ian Neale’s could feed abut 190 people. 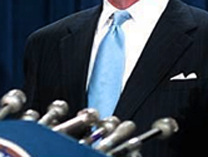